Coloured gemstones come in a huge range of colours and shapes. Often a source of deep mystery and unusual belief over the centuries. Here is a guide to coloured gemstones 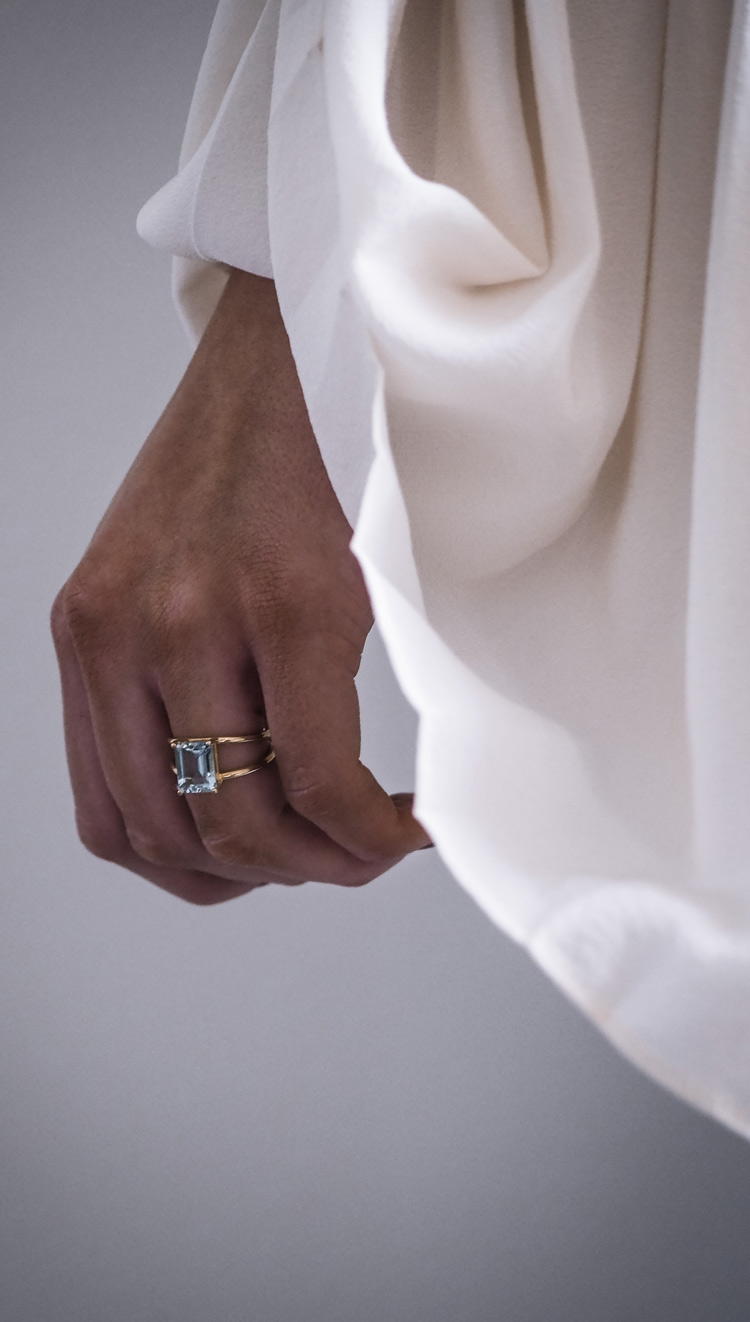 ~ Precious stones have been popular as gifts for hundreds of years. In fact, uncut emeralds have been found in archaeological sites dating back to 20,000 years ago. You may think that it’s pretty easy to recognise coloured gemstones. But you might be surprised! Would you be able to tell a green sapphire apart from an emerald? We’ve put together a guide to coloured gemstones to help you recognise these precious jewels.

~ It blows my mind to think that the gems we see today were formed deep underground from extreme heat and pressure, millions of years ago. You truly are holding a piece of history in your hand. The colouring in gemstones comes from natural elements within the ground. And the amount of metal present in a gemstone will determine its colour and vibrancy. Gemstones come in a huge range of colours due to the vast range of different metallic elements present. And the variations in heat and pressure during their formation.

A guide to coloured gemstones – Amethyst

~ The word Amethyst is from the Greek “amethystos” and sits on at 7 on the Moh scale. Medieval European soldiers wore amethyst amulets as protection in battle in the belief that kept people cool-headed and healed people. 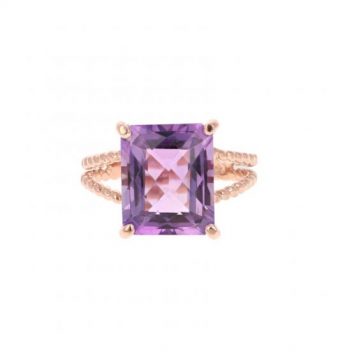 ~ Amethysts can be found in various colours, from shades of purple to pale greens. Amethysts are believed to have calming properties and were commonly believed to ward off sorcerers and thieves.

A guide to coloured gemstones – Aquamarine

~ A name originating from the Latin for water (“aqua”) and sea (“mare”) an obvious reference to Aquamarines beautiful pale and watery blue/green colour. Making them a really popular choice as an alternative to the traditional diamond in engagement rings.

~ Aquamarine belongs to the Beryl family along with the Emerald, Beryl is a mineral composed of beryllium aluminium cyclosilicate. Found in Brazil, Nigeria, Zambia, Madagascar and the United States amongst others.

~ Aquamarine has a hardness of 71⁄2-8 on the Moh’s scale – a scale of mineral hardness determined by the ability of a harder mineral to scratch a softer material. Diamonds, naturally being the hardest with a Moh’s scale of 10.

~ There is a multitude of beautiful legends surrounding Aquamarines, some of my favourites include thatthese precious gemstones were found in the treasure chests belonging to mermaids. And has long been regarded as a lucky stone for sailors. In addition to being a lucky precious treasure, Aquamarines have a soothing influence on relationships, young and old. Re-awakening love and promoting faithfulness and loyalty.

~ The birthstone of my month, March, it’s my very favourite stone – and looks beautiful in Yellow or White Gold.

A guide to coloured gemstones – Emerald

~ The vivid green of the emerald is a stunning sight. Emeralds have been a popular stone since Cleopatra’s time when they were believed to have incredible healing powers. 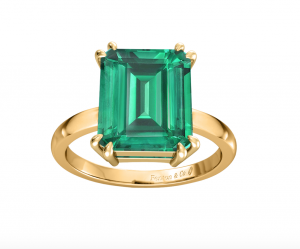 A guide to coloured gemstones – Morganite

~ Morganite is a naturally pale pink or peachy colour, making it a really feminine choice of stone. Looks beautiful with Rose Gold. 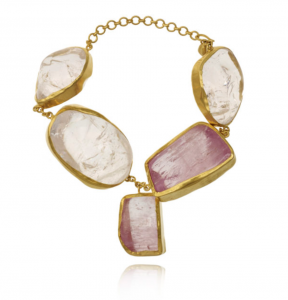 A guide to coloured gemstones – Opal

~ The opal is a stunning example of a coloured gemstone and some contain a whole rainbow of colours within just one stone. There are many myths and ancient beliefs surrounding this precious stone. The Ancient Arabs believed that opals were formed during thunderstorms, capturing the lightning which was to give them their unique colourings. 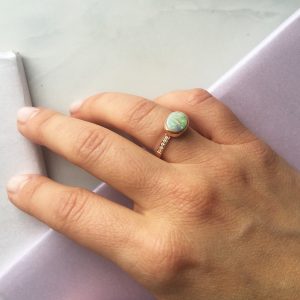 A guide to coloured gemstones – Sapphire

~ Sapphires have been a popular choice for centuries. The Ancient Greeks and the Ancient Romans believed that blue sapphires would protect them from harm.

~ The Ancient Persians believed that the earth lay on a huge sapphire and that the blue sky was the reflection of the sapphire shining high above them.

~ Over the years, sapphires have become associated with faith, trust and wisdom, making them a popular choice of a gift which really means something special. 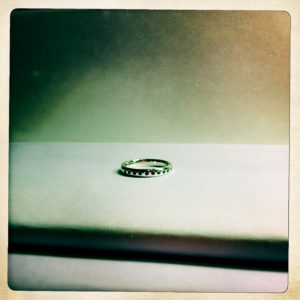 A guide to coloured gemstones – Tourmaline

~ Believed to stimulate the creative senses. And often given to artists and actors as a precious gift to help them excel in their trade. Tourmaline can actually form in a huge range of colours, including rich pinks and vibrant greens. The name ‘ Tourmaline’ is the name of a large group of boron silicate minerals. These minerals share a common crystal structure and physical properties – it’s these similarities and differences that cause Tourmaline to occur in the largest range of colours and colour combination than any other gem group! 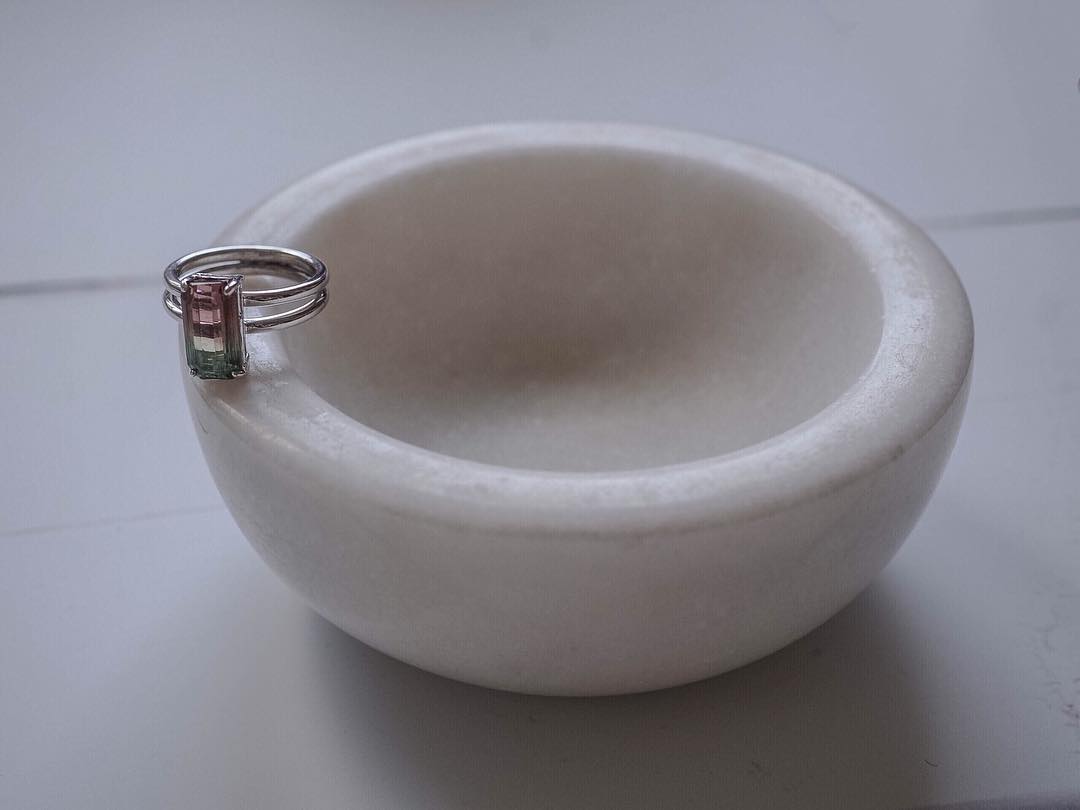 ~ The ancient Egyptians were so fascinated by their vivid variety of colours, their creative solution was that Tourmalines must have broken through a rainbow on their journey through Earth. Amazingly, their colour changes when viewed at different angles and light, this is due to their pleochroic properties.

~ The other incredible physical quality of a Tourmaline is they can become electrically charged when heated and cooled – gaining a positive charge at one end and a negative charge at the other. Truly healing, magical stone. The name Tourmaline, itself, comes from the Singhalese word for mixed gems which is “toramalli”.

~ Coloured gemstones are always a great choice purely for their unique beauty. But when you learn a little about the mystery and ancient beliefs behind them, it gives them an extra special charm.